Last week everyone got a sneak peek into who Kristen was in “Love in Sioux Falls”.

This week I thought I would introduce you all to Takoda, the object of every woman’s desires and the reluctant hero of this story.

In order to be fair I decided he should fill out the same questionnaire as Kristen did. This is what came of that little exercise: 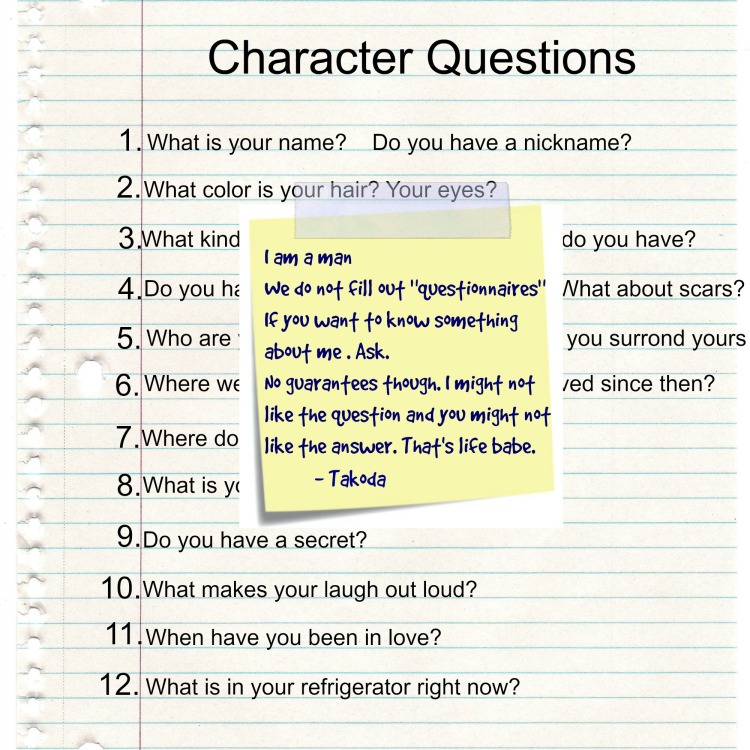 Without meaning to, Takoda described himself better then any questionnaire ever could. He is a man of very few words. He doesn’t talk on and on about anything, least of all himself. That doesn’t mean he is cold or conceited. In fact, he’s very open and loyal to those he trusts and loves.

As an outsider looking in Takoda seems like a man who is use to getting his way, who know’s he’s practically irresistible to women and doesn’t mind that one bit. However, once you break through that outer shell you realize he’s a man of strong morals who will do anything for his family and friends. He’s not one to sugar coat, anything, but he will always be honest with you, whether you want him to or not.

At 28 he’s pretty set in his idea that love makes you weak and vulnerable. Two things he promised himself he would never be.

It’s pretty interesting what fate has in store for these two characters.

Of course, if you ask them, they would tell you that there is no such thing as fate.

Check out my inspiration board on Pinterest: WIP Inspiration: Love in Sioux Falls for pictures of the man who inspired Takoda and some insights into how he sees the world.

One thought on “Getting to know Takoda…”