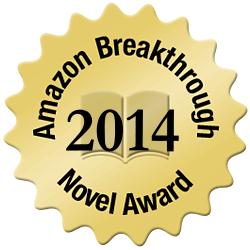 I’m interrupting our regularly scheduled blog post to bring you this important information.

Amazon and CreatSpace have announced they are holding the Amazon Breakthrough Novel Contest for 2014!

Have you heard of this contest?

Better yet, have you participated in it?

I ran across information about this contest in November, but at that time there was no word as to when or even if there was going to be a 2014 contest. Well today, during my regular perusal of open and upcoming writing contests I stumble upon a news posts stating that the dates were finally announced….and it’s literally days away, February 16, 2014! (I’m sure the dates were announced last month but I had no idea until today).

This contest sounds too good to be true. I don’t know anyone personally who has entered but last year when I read about it there were A LOT of people who were hoping and praying it comes back for 2014.

Does anyone have any experience with this contest, good reviews, bad reviews that they want to share?

I really think I might enter into this contest but I’m afraid I’m walking into something that I will regret. I really need some helpful advice.

In case you don’t know what I’m talking about or haven’t seen the this years dates I’ve gone onto the CreateSpace contests webpage to get the information and included it below.

1 Grand Prize winner will receive a publishing contract with an advance of $50,000

4 First Prize winners will each receive a publishing contract with an advance of $15,000.

March 18 – Round 2 entries are announced

Here’s how the contest works:

Round 1 (Pitch) – Amazon-selected editors will read and rate a pitch (up to 300 words) from each entrant. The top 400 entries in each of the five categories will advance to the second round.

Round 2 (Excerpt) – Amazon expert reviewers will read and rate excerpts (3,000 to 5,000 words) and provide feedback to the entrants. The top 100 entries in each of the five categories will advance to the Quarter-Finals.

Quarter-Finals (Full Manuscript) – Reviewers from Publishers Weekly will read and rate full manuscripts and provide feedback to the entrants. The top five entries in each of the five categories will advance to the Semi-Finals.

Semi-Finals – The Amazon Publishing judging panel, consisting of qualified representatives selected by Amazon Publishing, will review the manuscript and the accompanying reviews of eachSemi-Finalist’s entry to select a Finalist in each category (each, a “Finalist”) using the judging criteria.

Finals – Amazon customers will vote to determine the Grand Prize winner. All remaining Finalists will receive a First Prize.

Help Me! I want to enter but I don’t want to make a mistake in entering in the wrong kind of competition. I’m new to the writing world and I have no idea if this really is too good to be true or if this is just one of those golden opportunities I should try to snag.