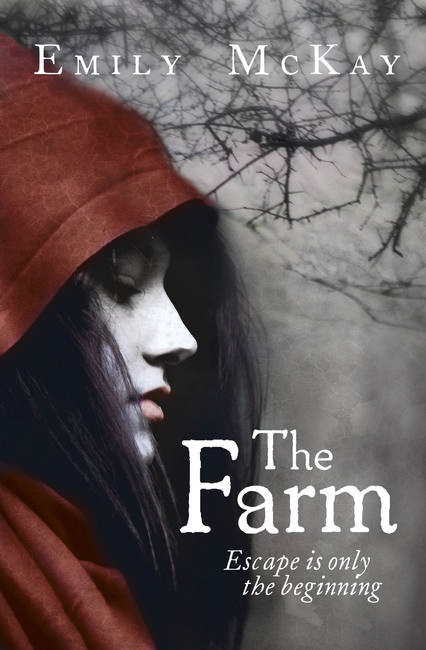 The Farm by Emily McKay

Life was different in the Before: before vampires began devouring humans in a swarm across America; before the surviving young people were rounded up and quarantined. These days, we know what those quarantines are—holding pens where human blood is turned into more food for the undead monsters, known as Ticks. Surrounded by electrical fences, most kids try to survive the Farms by turning on each other…

And when trust is a thing of the past, escape is nearly impossible.

Lily and her twin sister Mel have a plan. Though Mel can barely communicate, her autism helps her notice things no one else notices—like the portion of electrical fence that gets turned off every night. Getting across won’t be easy, but as Lily gathers what they need to escape, a familiar face appears out of nowhere, offering to help…

Carter was a schoolmate of Lily’s in the Before. Managing to evade capture until now, he has valuable knowledge of the outside world. But like everyone on the Farm, Carter has his own agenda, and he knows that behind the Ticks is an even more dangerous threat to the human race…

I chose to read The Farm by Emily McKay because it was a 2013 RITA Winner for the best Young Adult Romance.

I enjoyed this book, a lot, from beginning to end. Yes, it was heavy on chaos. They were constantly running from one danger to another throughout the ENTIRE book but even that was not enough to deter me from feverishly reading on.

I normally don’t like Young Adult Romance. No, let me rephrase that. I normally feel really uncomfortable reading a young adult romance book. Sex or even just talking about sex with characters who are under 18 makes me squeamish. I’m pretty sure it’s because I have children entering into this part of their life and no parent wants to read something sexy and think, “Is my child doing this, or going through this right now?” *Yuck*

That being said, there was some “sex” or heavy petting in the book but nothing too bad. Let’s just say, when I came upon the scene, I quickly read through it and easily put it out of my mind and continued on with the rest of the story.

I gave this book 5 out of 5 stars. Why? Because (1) This book had me eagerly turning it’s pages from beginning to end. (2) I was blown away by Mel and they way Emily McKay wrote through her point of view (3) By the end of the last sentence of the last chapter I was chomping at the bit to find out what happened next.

Would I recommend this book?

Yes! Literally, the moment I finished the book, I texted a friend of mine who loves YA books and told her to read this ASAP. I even sent the kindle link to her so she knew I meant it lol

Honestly, the best part of the story was Mel. We first see her through Lily’s eyes but then we get to hear her POV and find that there is so much more to her then meets the eye. We also get glimpses of clues to the story’s mysteries every time she has an inner monologue. It was a lot of fun trying to piece together what she was thinking.

Have you read The Farm by Emily McKay? What was your opinion of it?

Have you ever read a genre Romance story where the POV was written with a character who has special needs?

One thought on “A Review: The Farm by Emily McKay”